How Secure is Your Network Really? 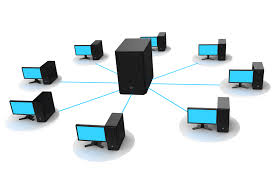 Today, an article was posted on ComputerWorld.com describing how over 7,000 FTP (File Transfer Protocol) sites were hacked, including the New York Times.  The hackers stole credentials and personal information regarding the workers of these sites.  This came as a shock to these sites, who clearly believed that their security systems were powerful enough to prevent such a breach.   It also seems shocking to us, the readers, as one would think that a large, prominent company like the NY Times would indeed have powerful and thorough enough security measures to prevent such a thing from ever happening.

However, from what I've come to understand, many companies are not as secure as they think they are. I do know that JMOR's solutions are extremely effective and fully resistant to such tactics used by these hackers.  One of the big differences is that JMOR seeks to educate rather than simply install service; they want their clients to understand why certain practices can be harmful and how to avoid problems like this in the future.  These companies can often buy and install programs without truly knowing how to use them and how they work, as they lack an understanding in network security or even technology in general.

The article explained that the problem was caused by malware, a malicious program similar to spyware or viruses.  This malware took employees’ personal information, such as login information or social security numbers and sent out in an email.  Whatever another user opened this email, their computer was now vulnerable to the same spyware.  At JMOR, we can actually set up internal programs that will not allow such information to be sent out in any sort of email.

The True Cost of Social Media

What is DNSSEC and Why Should Anyone Care

Augmented Reality (AR) vs Virtual Reality (VR): Why should I care

When the Power Goes Out