What is the Best Internet Browser for You? 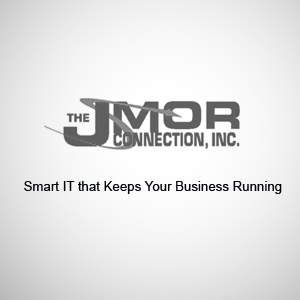 The Internet has grown as a system since its original launch. The amount things that one can do on the Internet has increased in the last two decades. People are always on their home computers, laptops, tablets, iPads and now even on their phones. Whether it is to look up a showtime for a new movie, a new recipe, or even a quick search of Google for a research paper, people are always on the internet and are constantly searching the web. But have you ever asked yourself if you are using the best internet browser?

In the last few years people have always been debating which browser is better between Internet Explorer, Mozilla Firefox and Google Chrome. Most arguments people have made is that Internet Explorer is too old and too slow while Firefox and Chrome are faster and more efficient. Everyone is talking and the question is which one is the best? Well the answer is actually not as simple as you think. It really depends on what you're looking for in a web browser.

If the question is which browser is the fastest the answer will surprise you as now Firefox has reclaimed its place as the fastest web browser with Google Chrome coming in second. But before you easily just forget about Internet Explorer recent studies have shown that in the last five years that Internet Explorer has actually become a much faster browser than before and is no longer the slow and painful Explorer of before.

But speed isn't everything. Privacy and security are a big part of choosing the right web browser. With its new Tracking Protection, Firefox has the best security of any web browser out currently. However Internet Explorer also has excellent security and privacy while Chrome's privacy is weaker compared to its competitors.

However Explorer does still fall short on some categories when compared to others. One big flaw of Explorer is its lack of syncing as well as lack of WebRTC support. Another big flaw is the fact that Explorer only installs on Windows 7 and 8.1 while Chrome and Firefox can install on Windows 10. But Firefox and Chrome have their flaws as well. Firefox does not have integrated Flash support and also does not have 64-bit version. Chrome lacks built-in social sharing as well as reading mode.

In the end your choice of web browser is all based on personal preference. If all you care about is speed then go with Chrome or if you want better security go with Firefox. But this just our recommendation because how you wish to enjoy your web browsing experience is all up to you.